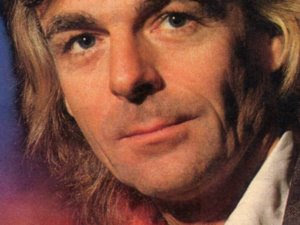 Hi all
Sorry for the lack of posts lately. Nothing deliberate - simply that I have been stupidly busy trying to escape and cushion myself from the alleged horrors of the credit crunch.

I don't think I am alone in thinking the coverage of it is getting a little tedious.
I have my suspicions it is a supremely modern crisis in that it has been almost totally created by the media.
YES - there are obviously some very real threats and weaknesses in the banking industry and these have at some point to affect the public.
BUT -It seems that these threats have been SO conflated and hyped by the press, that everyone is scared and fearful of the future of their money.
Maybe if the coverage died down the level of fear can subside, and people can get on with their lives without worrying about having everything dear to them taken away.

It brings the wonders of Tulip madness to mind.
If you aren't aware of Tulip madness - basically several hundred years ago in Holland and eleswhere there developed an obsessional desire to buy tulips. YES - tulips!
People spent thousands of pounds buying the latest colours and styles of tulips. The market gre to the extent that single bulbs changed hands for many times more than a house, or a piece of land.

On a sad note - I was upset to hear of the death of Rick Wright - Pink Floyd keyboard player.
I had the pleasure to meet Richard briefly last year at the Syd Barrett tribute at the Barbican. He really was as quiet and unassuming as he has been described as.
While none of the surviving Pink Floyd members are particularly brash or loud, he really did come across as a polite gent.
Maybe his death will put to bed the almost constant speculation about the Pink Floyd reforming for a tour.
I have alway seen it as HIGHLY unlikely, but I can't see how any true Floyd fan can really expect the Pink Floyd live experience to happen again now it wouldn't have his keyboard playing behind it.
The perception I have is that David Gilmour is pretty fed up with the speculation so maybe this will finally put the idea to bed.

On a more personal note - I know that Roger/Syd was very close to Richard, especially in the later days of his tenure in the Pink Floyd. He lived with Richard for a while and he was very supportive of him through what was the start of a very difficult time in his life.
I think David Gilmour gets a lot of the credit for his friendship ( and with due cause) but Richard was also very supportive.
Posted by Ian at 1:58 AM

"Bleak, bleak, bleak, said this beleagered chic.
$= Tulips
Doldrums a beating with war and economic collapse and the election...
You are the beacon to my bleariness.
Very sad to hear of Rick Wright. He seemed like a very genuine person. In most of the images of the band, Syd usually is off a little by himself, but when they are palling around in the photos he is always standing near Rick.
Thanks for the Gibbers.

Nice to read your thoughts on Richard Wright, whose passing saddened me as deeply as that of your Uncle.

I think David Gilmour has been making it clear in his mild mannered way that there can be no more Pink Floyd, and rightly so. Not many people seem to remember or mention the Barbican saying that Live8 was the bands last performance. Live8 was a very emotional occasion where we got to see them with Roger Waters once more. The Barbican was a poignant epilogue with Floyd playing the first song that opened their recording career. In doing that, they came full circle.

Richard and RKB certainly had a closeness between them and Richard seriously considered leaving the band to stay with Syd. "Piper" is my all time fave album and I seriously believe that Richard's part was vital since he was able to translate Syd's eccentric ideas and flesh them out in such a unique manner. Imagine that album without Richard... you can't! Syd had the songs but Richard added enormously to the character of them.

God bless Richard and Roger. I owe them so much for enriching my life with their music and inspiration.

Hello mate (((charliE))) from HH ere! Really enjoying your blog.
I've put some new music on my mYsPaced the 2nd song is for Syd and Rick!
"thUnder sTorm In My hEAd"
All the best.
(((yaLi)))