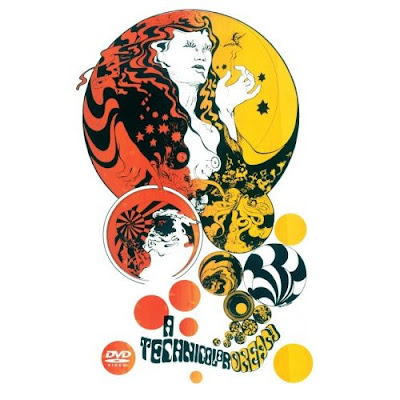 'A Technicolor Dream is the story of the Underground movement in the UK during the sixties and leads up to its culmination at The 14 Hour Technicolor Dream, an all night “musical happening” that was held at Alexandra Palace on the 29th April 1967. The story takes in CND marches in the early sixties, the foundation of the London Free School and from that the International Times, the UFO Club and the Notting Hill Carnival. There are brand new interviews with Roger Waters and Nick Mason from Pink Floyd, John “Hoppy” Hopkins, Joe Boyd, Kevin Ayers, Barry Miles, Arthur Brown, Phil May from The Pretty Things and many more. All of this is set in a musical context with the music of Syd Barrett era Pink Floyd.'
I have just been watching a brand new film about the London scene around the 14 hour Technicolour Dream.
The chaps at White Crow Productions very kindly sent me a pre-release copy and I watched it this morning.
I have to say it is a beautifully shot film, with numerous seen and unseen clips and songs from the time, interspersed with intimate interviews with pretty much all the key people of the era ( a few obvious exceptions, but not everyone is still around to speak...)

From a personal point of view, it is lovely to find out so much about what was such an important event at the end of the Sixties. I have met most of the people interviewed at some point in the last few years so it is nice to have them tell stories about their experiences at such a fun time!
I was asked to be in the film, but with it's focus being on an event in the lat 1960's what the hell could I add? I wasn't born till 1972!

it is fascinating to hear about the early stages of the development of the London Psychedelic scene. The later parts are well documented, but the start - with the poetry reading at the Royal Albert Hall featured. It is easy to see it as a strong cultural phenomenon and not just a drug addled music festival as it is often perceived nowadays.
I for one had no idea of the links between the London Psychedelic scene and the development of the Notting Hill Carnival. It seems they developed organically from the same scene in Portobello Road/Notting Hill.

There are some beautiful unseen still images used in the film. I know for a fact they are unseen as I was sent the images before the film was finished. These are stunning live images from the very early shows in London. They help bring the era alive beautifully!
I DO wish I was part of that scene!

Buy the Dvd cheaply here
Posted by Ian at 2:13 AM No comments: