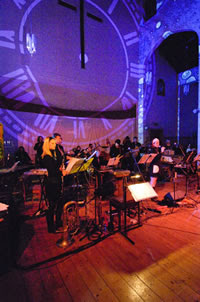 The City Wakes Festival
The City Wakes is the first ever official tribute to Syd Barrett – original front-man and songwriter for Pink Floyd. A celebration of Syd’s creativity, The City Wakes focuses on Syd’s early life in Cambridge, providing a showcase for his remarkable talent and painting a picture of the explosive and vibrant early 1960s cultural scene in which he grew up.

I am terribly excited now that the City Wakes festival is underway. I am constantly amazed that the sustained interest in Rogers life and work has led to the creation of this festival. Creativity was at the root of his life so I am sure Roger would be amazed and touched to know that so many people are both enjoying and benefitting from so many new forms of creativity in his name. While he never wanted nor relished the fame that he never managed to throw off he would be pleased that the art he created is still inspiring so many.

I am looking forward to visiting Cambridge at the end of the week and to attending the Gala night of the festival.
I have read a little about the show itself, but want the bulk of it to be a surprise.
I have heard the performers have interepreted Rogers songs in their own way. That is a good thing!

Go Here to find out more about the City Wakes festival
Posted by Ian at 12:20 PM

Yum, thanks for the Gibbers! Enjoy City Wakes Gala and let me know how it all went. Really interested in the new Chapman book.

I loved the pictures that you shared of the City Wakes. Thank you...and as usual, Max is precious! Amazing to see your uncles work and the touching tribute gala event at Trinity.
Truely, thanks again.