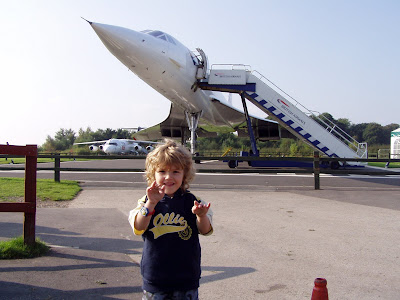 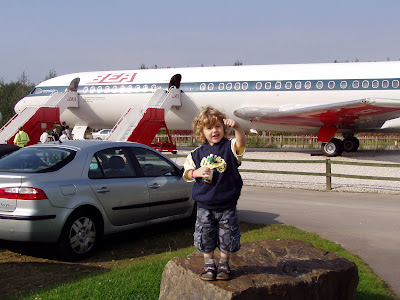 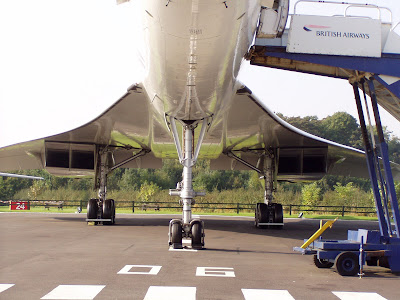 A Trip To Manchester Airport Viewing Park
Max and I had a lovely little trip to the Airport last week. Beccy wasn't overly excited by the possibility of staring at engines on a Sunday afternoon so stayed at home for a rest
Max was terribly excited by the whole thing ( and even said it was better than the trip to the 'Pony Farm' a while ago. Great praise indeed.....)
I must say that the airport viewing park makes for a super little trip out.
It wasn't till we got there that I realised it was where Concorde was on show. There are several other planes on show too so as well as a grandstand view of all the landing and taking off action on the runway you can look round some classic planes.
I was MUCH more excited by seeing Concorde than Max but he was impressed with it's big pointy nose.
You can go on a guided tour - but only on certain days in the year (and you have to pay..)
but it was amazing to just stand under it and ponder on the sights it has seen over the years.
I found out that on one day in 1985 it managed 6 transatlantic flights in one day. Now that really is some going if you think about it!

When we sat on a hill watching the planes taking off and landing I was amazed by just how many flights there are at any one time. Manchester isn't the busiest airport in the country but there was an almost constant stream of planes landing or getting ready to fly. At one point there were 4 planes queueing up to take off. I don't want to get all eco-warrior but it does help you realise the potential damage modern flying may well be doing to the planet.
Posted by Ian at 1:11 AM