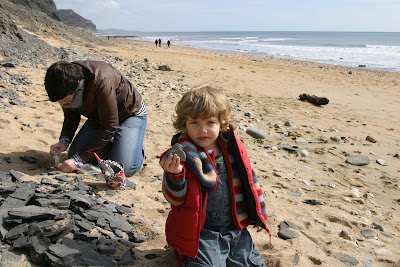 Kids Are Amazing..
It has recently struck me how fantastic children are at keeping your mind agile.
I wouldn't claim to be ancient, but over time the old grey cells get strained and weary. There is nothing like the questioning of a fresh young mind to halt this process
This morning we had a game of I-spy in the car while waiting for school to open up
max went first and threw me a curve ball by saying
'I-spy , with my little eye
Something beginning with 5'

MMmmm.
How do you approach this one.
How many words do YOU know that start with 5?
Not many I suspect.

I tried to explain this to him, but he was adamant that it was a valid opening gambit.
We never got much further than this....

The other day, apropos nothing he asked me
'How do you make dogs'

I tried to explain this away with the concepts of puppies and births.
We did get on to the topic of making human babies yesterday but weren't sure how far to take the explanation.
He was happy that Mummies and Daddies make them and they grow in mummies tummies but we chose to leave it rather vague as to EXACTLY how the Daddy gives Mummy the baby in the first place.

I just love the conversations we have. At all times of the day and night we have the weirdest and most wonderful chats and I cherish them dearly
Last week Max tried to convince me that Roly Mo has once been a member of Prince's backing band.
Any of you without kids may not know that Roly Mo is a small purple mole who tells stories and plays the banjo.
He was adamant that he plays with Prince.
We were watching a Prince song on TOTP2 and he seemed sure that Roly Mo used to be one of the New Power Generation.
Mmm... It could be true
I can't really think of any Prince songs that contain Banjo's in the instrumentation.
I'm happy to be proved wrong though!
Posted by Ian at 4:23 AM